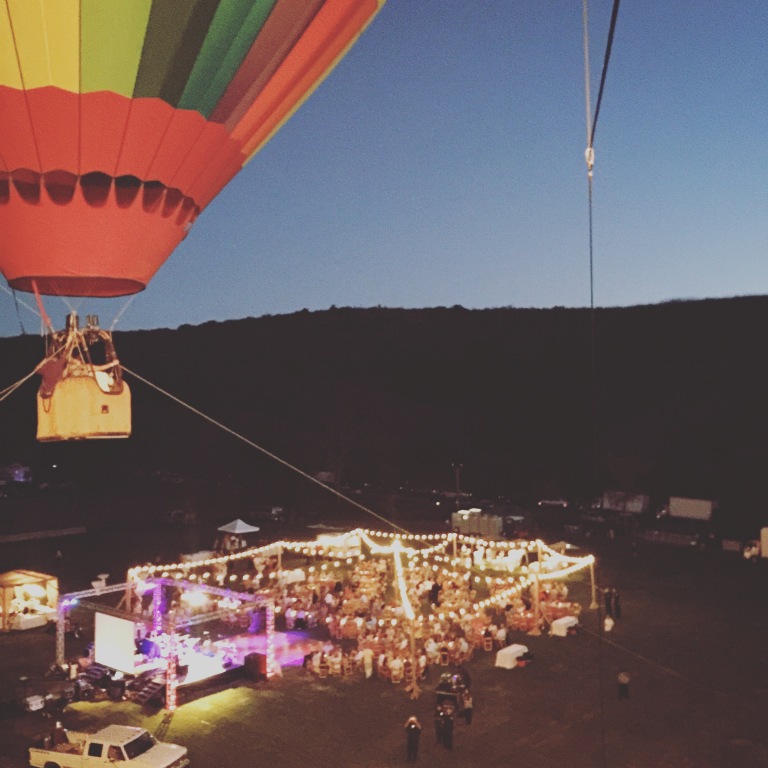 So thrilled to produce the second annual sold out Glow in the Park benefiting Doctors Without Walls Santa Barbara Street Medicine. Thank you to all the wonderful volunteers, Rincon Events, the DWW Board of Directors, DWW ED Maria Long. A beautiful night supporting an amazing cause. 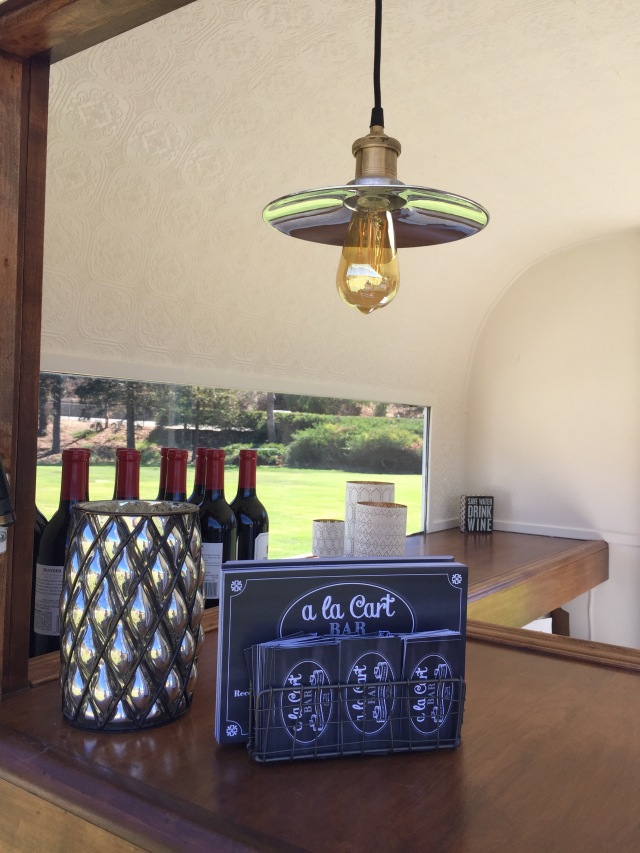 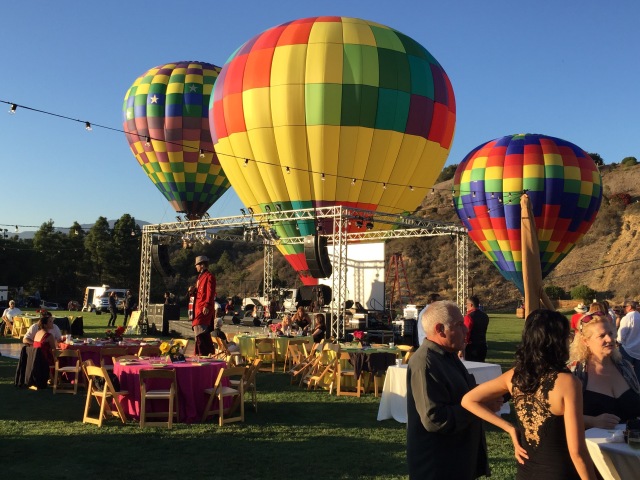 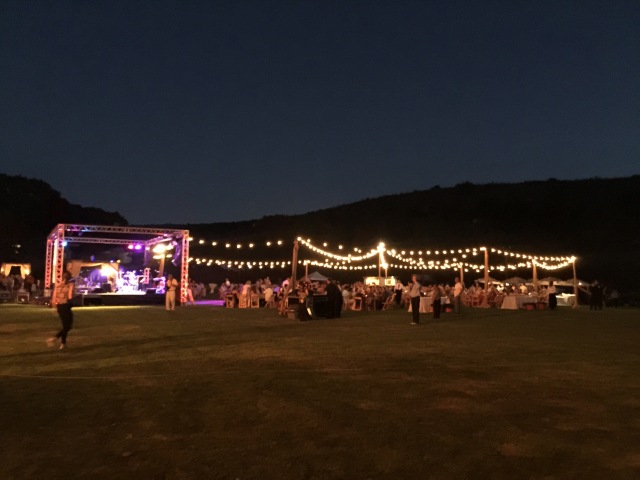 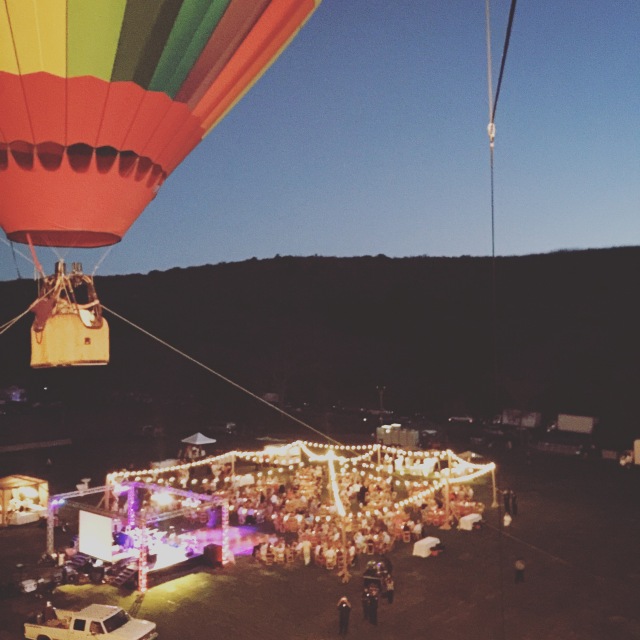 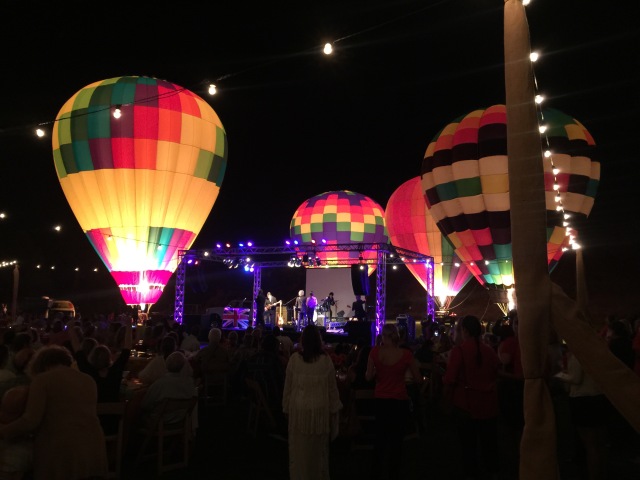 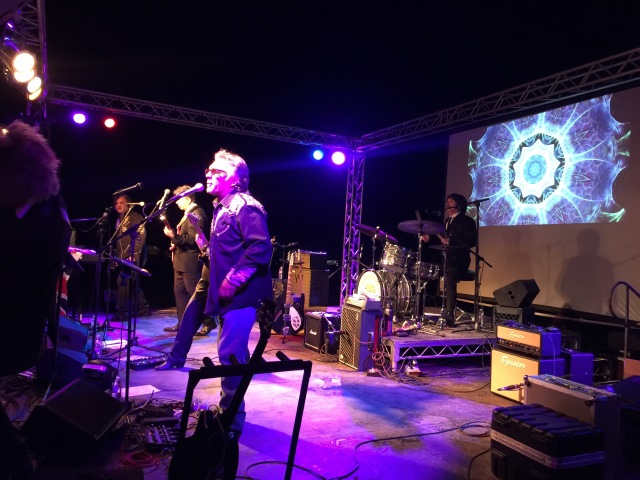 Just DAYS away from the second annual Glow in the Park benefiting Doctors Without Walls Santa Barbara Street Medicine. Only 30 tickets left as we prepare to take this event to new heights! Your ticket includes, hosted beer, wine, speciality cocktail as well as delicious tray passes horderves and catered dinner by Rincon Catering. Live entertainment by Cirque Mirage aerialist  and stilt performers, Magician Marc Collier, The Train Hoppers, Traveling Hurtados and Sgt. Pepper. The main attraction is 8 hot air balloons providing rides to special ticket holders and sponsors as well as the must see glow finale! 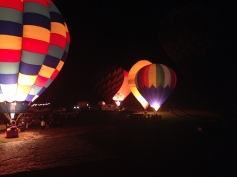 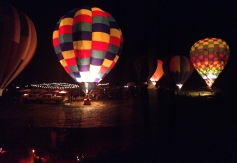 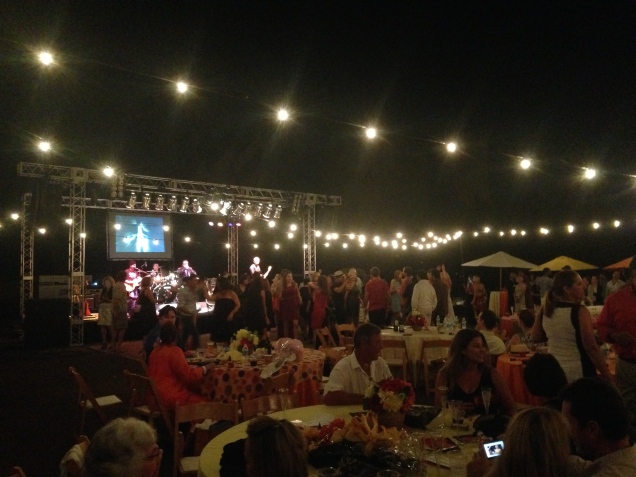 Santa Barbara Glow in the ParkThis bucketlist experience and field dinner is the second annual balloon glow fundraiser at Eling’s Park to benefit Doctors Without Walls – Santa Barbara Street Medicine. DWW-SBSM is dedicated to providing free, volunteer medical care for the most vulnerable of Santa Barbara County, when and where they are in need, including in times of disaster, and to provide education and training for DWW-SBSM volunteers and others, in order to promote the excellent practice of humanitarian medicine in our hometown and elsewhere. Glow In The Park opens with a VIP Welcome Reception and tethered balloon rides for sponsors, followed by a gourmet field dinner and the illumination of hot air balloons at sunset.

Visit http://sbglowinthepark.org/ for tickets and details.

Spencer Makenzie’s is hosting their annual Throw Down this weekend in Ventura. Come by for great food, beer, live music and watch as 128 teams battle it out to see who will be crowned the corn hole champ and take home the cash prize! 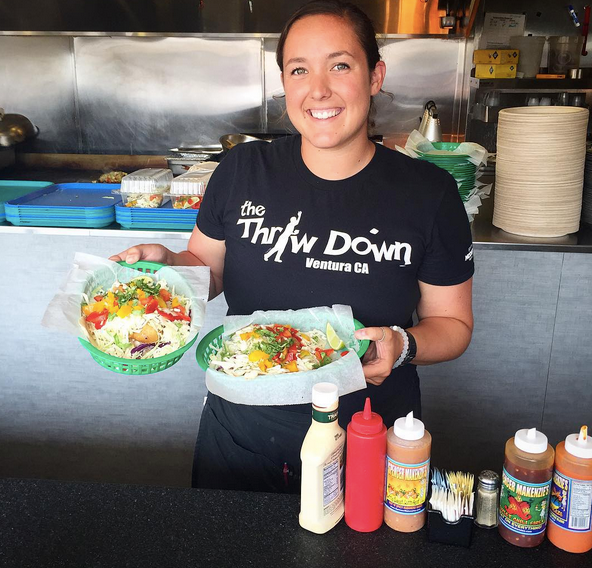 Los Alamos is getting ready to celebrate their 69th Annual Old Days event next month! Carp Events is proud to be assisting in the production of the car show on Saturday, September 26th. For more information, photos and an application to participate in the car show visit the web site. www.LosAlamosValleyOldDays.com

As we say farewell to the first half of the year, it is with total excitement and exhaustion that we review our accomplishments and the amazing people and organizations we have been so fortunate to work with. Drum roll please…

The new year was kicked off in Detroit at the Detroit International Auto Show. Managing over 500,000 sq ft of display space for the top automotive giants in the world. What an exciting show! Topped off with a champagne reception for 14,000 – no problem! No time to slow down and we head straight to the Orange County Convention Center in Orlando. Managing food and beverage service for a week as part of the Centerplate Team working with the PGA at the Golf Merchandise Show featuring over 1,100 Interactive Exhibits.

In February we were back in sunny FL with Centerplate this time working with Grainger Tool Company. Mike Lazaro and team oversaw over 145,000 meals for the week! Back to our hometown of Carpinteria to co-host a kick off party for Relay for Life!  Thanks to the Traveling Hurtados for providing the entertainment and to Jack’s Bistro for providing food and drink.

Ever been to Dodger Stadium? How about at 4am?! That’s exactly where we found ourselves in March assisting production of the Susan G. Komen Race for a Cure event. At the time of this post $837,322.44 in donations have been made! Back on a plane to Orlando as the Food and Beverage Manager with Centerplate working at the International Plastics Showcase. Wow the technology they showed off was impressive! And the house band for closing out the evening? Just a girl from the block I like to call J.Lo. 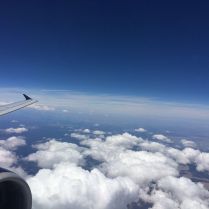 April brought us Earth Day in Santa Barbara at Alameda Park hosted by the Community Environment Council- the 15th year Mike has been on the operations team! Stand up for climate was the message this year complete with a green car show, many earth friendly vendors, a delicious farm and sea to table dinner, and the ever popular beer gardens. No rest for the weary as we giddyup on down to Mesquite TX for the Real Texas Festival. There Mike oversaw food and beverage operations with an estimated 30,000 guests in attendance.

The beginning of May was spent back in Orlando working with SAP Business Solutions, one of the world’s premier business technology conferences for senior executives, line of business, and IT decision makers, business managers, and project managers involved in deploying business technology initiatives. Managing food and beverage service with Centerplate for roughly 12,000 guests daily. As soon as the wheels hit the ground, its up to Buellton for the Buellton Brewfest. Partnering with the Buellton Chamber of Commerce and En Fuego, we brought in over 60 breweries, wineries, live music acts, and 2,500 beer loving attendees. 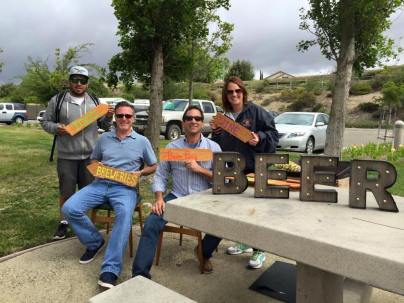 Summertime! Now we are really gearing up to get busy! June was an exciting month as we launched the first ever Surf and Suds in Ventura at the Harbor with En Fuego. A great time was had by all and the event was a huge success! Now it’s time to celebrate the sun at Summer Solstice in Santa Barbara. This was Mike’s 15th year as operations and event manager. Another first this month, was the Glow in the Park Launch Party held at the exclusive Hangar in Santa Barbara. We raised significant funds to underwrite the main event in September at Elings Park which benefits Doctors Without Walls Santa Barbara Street medicine. Get your tickets here for the event of the Summer! Last but certainly not least! The 18th Annual Rods and Roses Car Show hit Linden Avenue in Carpinteria. Perfect weather, over 200 classic America, hot rods and muscle cars, a huey helicopter, and special vehicles from the Petersen Museum and Hammer collection were show stoppers at the largest Rods and Roses show to date! Following the car show was the Carpinteria Independence Parade honoring 50 years of cityhood for our sweet little hometown. Over 500 participants came from all over to participate; as far away as Ireland! The Dublin All Stars Marching Band was the highlight of the Parade and we are so lucky to have had them participate. Cheers! 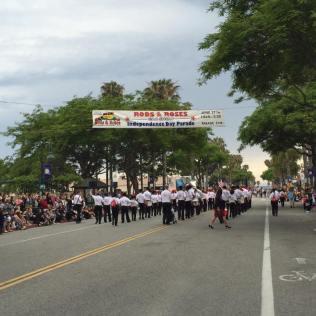 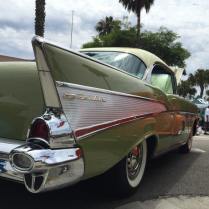 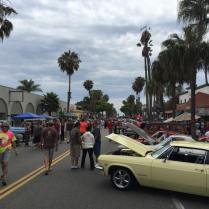 In July we saw Fireworks in Santa Barbara at West Beach. Our good friend from KEYT John Palminteri was host of the event and did a fantastic job! Mike spent two weeks in Orlando as the food and beverage manager with Centerplate for Microsoft while Jenny held down the fort at Relay for Life at Aliso School in Carpinteria. Rain, thunder and even lightning couldn’t stop the dedicated group of volunteers and participants who walked for 24 hours to fight back against cancer. Viva!! Time to sweep up the confetti as we see the successful close of Old Spanish Days Fiesta in Santa Barbara. Mike was site manager of De La Guerra Plaza overseeing the main stage, food and merchant vendors and over 50,000 guests for this four- day long celebration. 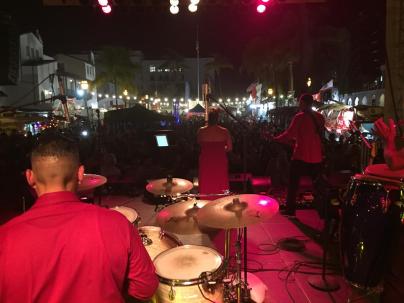 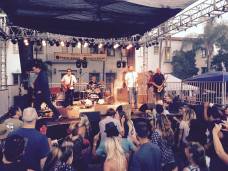 This next half of the year will be even more exciting still as we look forward to co producing Surf and Suds Carpinteria, Glow in the Park, Los Alamos Valley Old Days Car Show, Montecito Motor Classic, Carpinteria Triathlon, Avocado Festival – and thats just an overview of the coming weeks! Thanks for sharing our enthusiasm for these great events and we look forward to see you all at one of our upcoming events very soon! 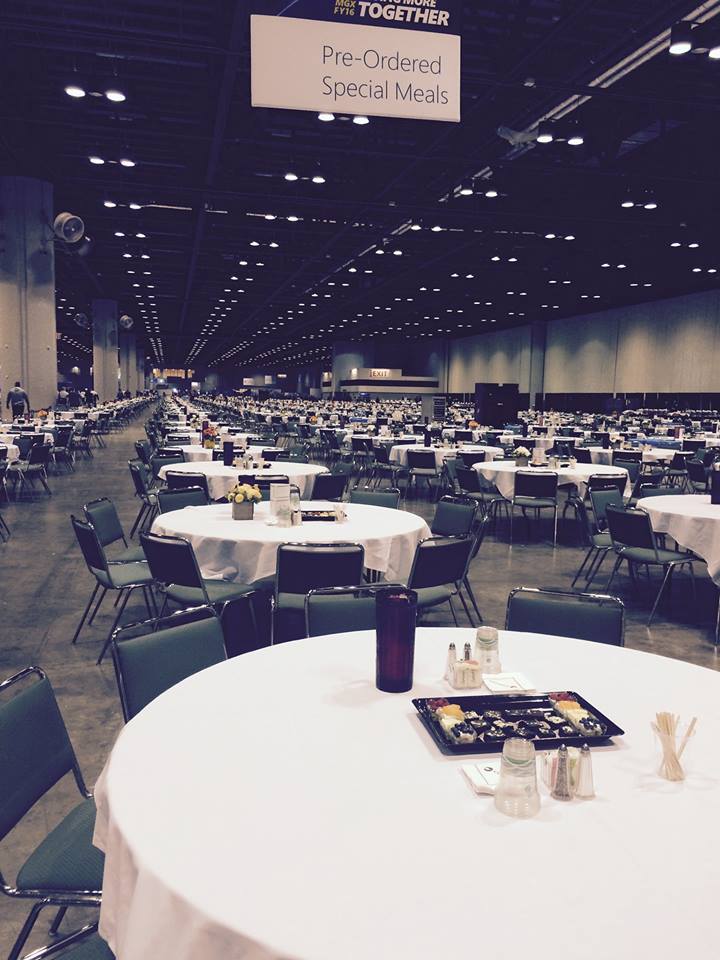 What does it take to host 7,500 guests for lunch in Orlando this week? 800 tables, 264 chafing dishes, 1600 sets of salt and pepper shakers, 40 double sided buffet lines and o-yeah… Mike Lazaro! Last meal on this two week whirlwind is breakfast for 2,500. Piece of pancake! 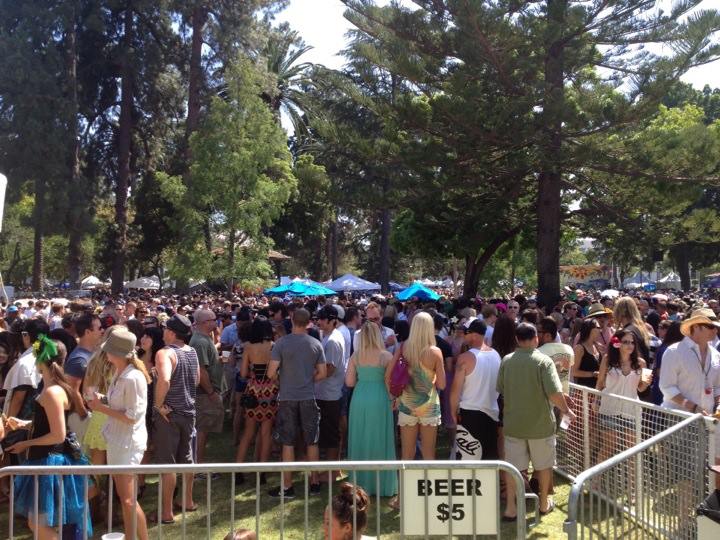 Mike Lazaro is proud to be Operations Manager for a 15th year at Santa Barbara Summer Solstice. You can see our staff overseeing the beer garden Friday, Saturday and Sunday.

We are just over a week away from the 18th annual Rods and Roses car show on Linden Avenue in Downtown Carpinteria. Over 200 vehicles, free family fun, followed by the Carpinteira Independence Parade – this is a day not to miss!

The first annual Surf and Suds in Ventura was a huge success! 47 breweries, over 2,000 people in attendance, live bands and a great time had by all.